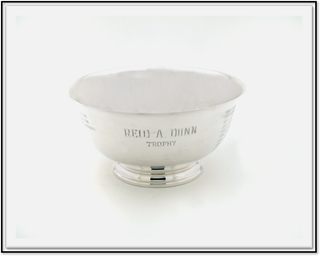 Presented in 1969 by the Board of Trustees in honor of the Club's first Commodore, Reid A. Dunn, who continued to serve the Club faithfully in numerous capacities for many years. The award is made annually to the member of the Junior Program between the ages of 14 and 18 who has demonstrated outstanding sailing abilities by placing highest in FBYC races during the Regular Racing Season. The CBYRA one-design high point system will be used to determine the highest finisher.