The Sailing Instructions for the Stingray Light Distance Race on Friday and the Stingray Point Regatta Saturday and Sunday Series are now available.

#703 SOUTHERN BAY RACING NEWS YOU CAN USE

Southern Bay LASER Racers at District 11 Championships.  The 2014 District 11 Championships were hosted Saturday and Sunday at Tred Avon Yacht Club in Oxford, Maryland.  The Championship was part of the TAYC annual Heritage Regatta which also included Stars, Shields, and Log Canoes.  Henry Amthor (HYC) finished 2nd overall among the 20 title contenders and Jon Deutsch (FBYC) was 6th in the fleet that was heavily laden with northern Bay area racers, a number from Severn Sailing Association.  There were no southern Bay racers in the 11 boat Laser radial section.  Congratulations to Henry and Jon, who persevered through a light and damp air Saturday to enjoy a beautiful, sunny, breezy Sunday.  …

Since our last email update, the FBYC Race Teams have continued to dominate, racing in CHILLY New England (and Michigan) and on the HOT Chesapeake!  And as you can see, where ever they race, they are the coolest as well as the best dressed.
We ended the last email update with the Hyannis Regatta on July 25-27.  From Hyannis, the Laser teens detoured through Newport for a fun sail on the beautifully restored 12 Meter Nefertiti, before trucking to Marion, Massachusetts, for the Buzzard Bay Annual Regatta on August 1-4.  The Buzzards Bay is a notoriously rough regatta, with strong currents and big winds, often in misty conditions.  Our team performed wonderfully, with Alexander Hanna …
Tweet

August 29-31 FBYC will host the 20th Annual Stingray Point Regatta and all FBYC members are invited to participate Stingray Point Regatta night dinner Saturday, August 30. Asocial/dinner only sign up page is now available here. This is great opportunity to meet and mingle at the club, enjoy a wonderful catered meal and party with live music  for a very attractive price, so whether you are racing or not please join us Saturday evening at the main club house. Details & signup here.

On the menu Saturday:

This Saturday, August 23rd, is the annual Smith Point race.  The first warning is at 1400 and the full notice of race can be found here. In addition to a great race, we hope you will join us for a delicious brunch on Sunday morning at 1000.  The menu features:

Cost is $7 per person, payable that morning.

This is our 3rd annual induction to the Smith Point Crab Society. Eligibility to this society (shrouded by secrecy) is simple – the skipper who sails Saturday and who has participated in the most Smith Point Races and finished is treated to free breakfast …

ATTENTION!  Please note that the One Design Open House regatta scheduled for Saturday, August 23rd has been cancelled.  Please contact Matt Braun matt.braun@thalhimer.com if you have any questions.

The Legacy of Sail regatta will continue as planned on Sunday, August 24th.  Please sign up today if you plan on competing.

August 9, while various club members were parking cars for Annual One Design, five boats ventured out for the race to Cape Charles. (Ishky Baha, Nanuq, Nereid, Orion, and Trilogy).  With winds forecasted to be light, we agreed to start from G3 off Milford Haven.  We all anchored with our mains up.  At 930 hours, we raised anchors and sailed off to Cape Chuck.  We all jockeyed for position trying different sail configurations: wing and wing port side, jibe and try the other.  After an hour of top notch sailing, we had moved north about ½ mile. Nye a breath yet there was a current.  Things turned around when the iron lungs came out and our minds shifted from sailing to …

The Trophy Committee will receive nominations until October 8th for the following perpetual trophies to be awarded at the Annual Awards Party in November.

PIANKATANK TROPHY – Recognizes the FBYC skipper who most exemplifies the principle that “all is not lost until the boat sinks.”

MATTHEW FONTAINE MAURY BOWL – Recognizes a member of FBYC for an outstanding contribution to sailing at Fishing Bay Yacht Club.

COMPETITION TROPHY – Recognizes a member of FBYC who is the skipper of an enrolled offshore or one-design boat and who most successfully represented FBYC in sailboat racing events conducted by other yacht clubs or associations during the past year. Nominations should consider the character (local, regional, national) of events entered and …

Team Nostalgia and FBYC's Invitational Cup team will be hosting a J70 clinic at Fishing Bay on Sunday, August 24th.  We are also pleased to announce that Chris Larson, 1997 Rolex Yachtsman of the Year, will be our head coach.

This will be a tremendous opportunity to gain knowledge, hone your team's skills, and elevate your program for rest of the year...What better way to get tuned up before Stingray Point Regatta, Worlds and/or the J70 Chesapeake Champs!

Tentative Sunday schedule will be as follows:

This is intended to be an open invite event …

The weather wasn't the best for sailing on Saturday, but more than made up for it on Sunday.  Thanks to the competitors, volunteers, race officials, parents and every one else for making our 75th Annual Regatta a great weekend! 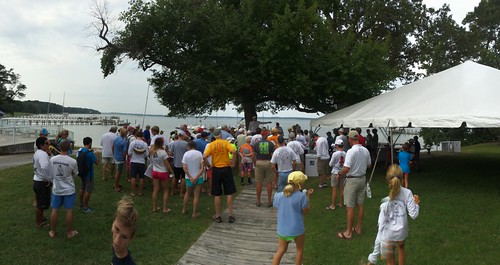 Here are the results and some of the winners.

Read Rob Whittemore's Write Up from the fleet here. 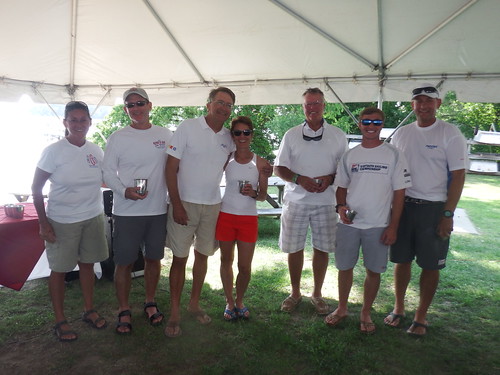 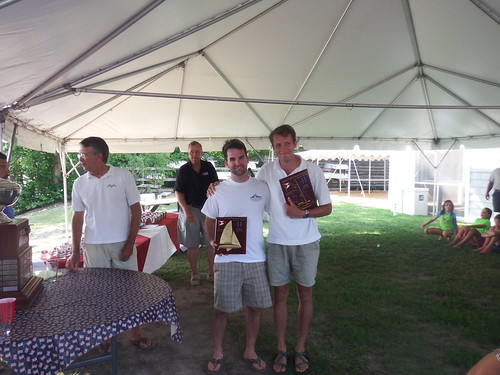 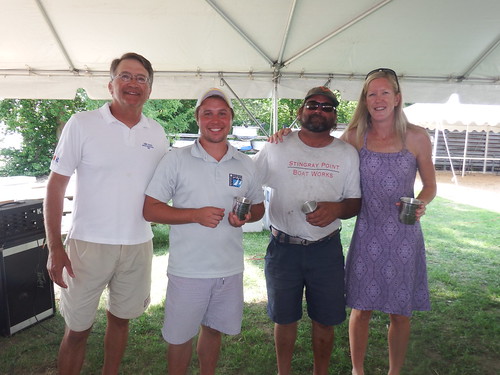 YOUR ATTENTION, PLEASE TAKE NOTICE!
FBYC's 2014 Special Membership Opportunities will end on October 31st. The essence of these membership opportunities is a significant reduction in the initiation fee for a new or returning member (our normal initiation feeis $2800). There is still time to submit applications to the Membership Chair and partake of our 2014 75th Anniversary celebrations.  However applications and sponsor's letters received after Oct. 31 will be processed in 2015.
For membership info, go to our web site (fbyc.net) and at the very top of our Home page, in the red banner you will see "How to Join FBYC."  Click on that and the drop down menu will guide you through the process …
Tweet