!! Attention Offshore Fleet !!
RE: Fall Series III, Sunday, October 12th, 1 Hour Postponement and Offshore Racing Meeting, FBYC Main Clubhouse, 2nd Floor
Fall Series III is postponed by 1 hour to hold the end of year Offshore Racing Meeting beginning promptly at 0845 in the Main Clubhouse, 2nd Floor. The meeting is open to offshore racing skippers and crew that are members of FBYC that wish to share feedback and discuss topics related to the FBYC Offshore Racing program. If you remember this meeting from 2013, this feedback was later incorporated into the Offshore SI's and into many of our normal procedures. We will facilitate the conversation with a list of topics. Your feedback matters!
An addendum will be posted on the web …
Tweet

The Trophy Committee will receive nominations until October 8th for the following perpetual trophies to be awarded at the Annual Awards Party in November.

PIANKATANK TROPHY – Recognizes the FBYC skipper who most exemplifies the principle that “all is not lost until the boat sinks.”

MATTHEW FONTAINE MAURY BOWL – Recognizes a member of FBYC for an outstanding contribution to sailing at Fishing Bay Yacht Club.

COMPETITION TROPHY – Recognizes a member of FBYC who is the skipper of an enrolled offshore or one-design boat and who most successfully represented FBYC in sailboat racing events conducted by other yacht clubs or associations during the past year. Nominations should consider the character (local, regional, national) of events entered and …

This past weekend, September 19th and 20th, four of our Fall Opti Race Team members, along with their families and Coach David Tunnicliffe, travelled to Lake Altoona, Atlanta, for the United States Optimist Dinghy Association Southeastern Championships.
There were a total of 126 competitors, many of whom sailed with professionally run teams from the top junior programs from across the country, including teams from Coral Reef Yacht Club, Lauderdale Yacht Club, Southern Yacht Club, St. Petersburg Yacht Club, Sarasota Youth Sailing, and private clubs Team For and Prime.  Our kids were fantastic!  When the dust settled, Boyd Bragg finished 2nd overall and 1rst in Red Fleet!  Ian Street finished 15th overall and 7th in Red …
Tweet 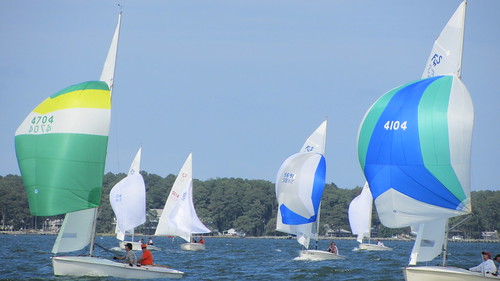 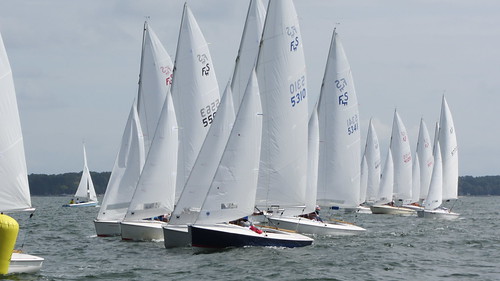 The Offshore Fall Series got off to a light air start with not every boat finishing the 1 race.  Here are a few pictures courtesy of Sharon Wake and Andrea Winner.  Results 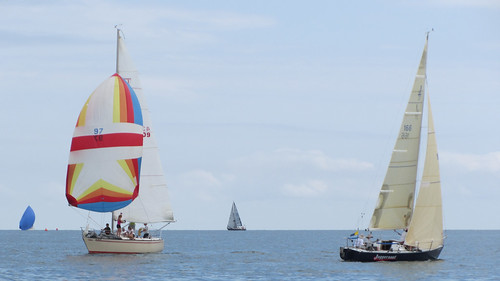 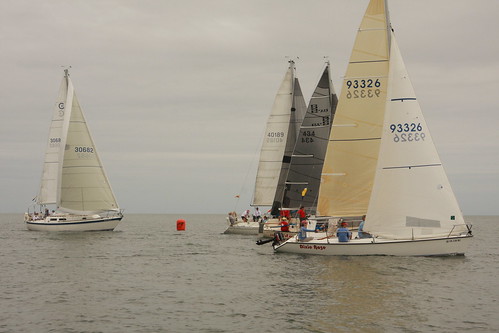 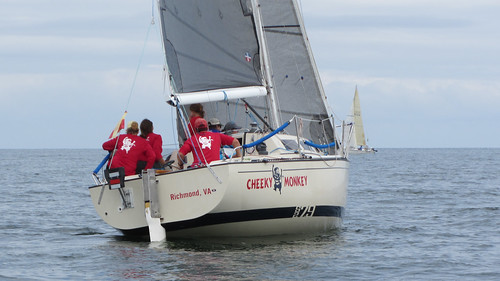 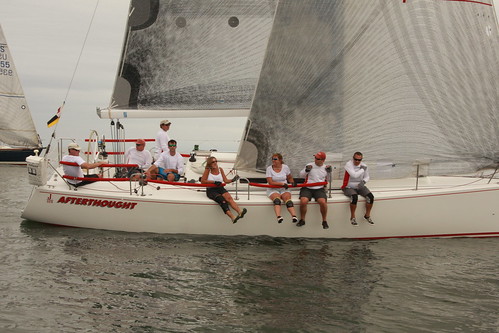 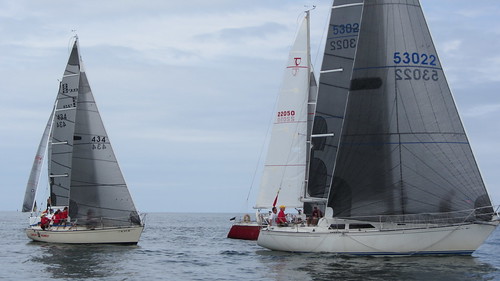 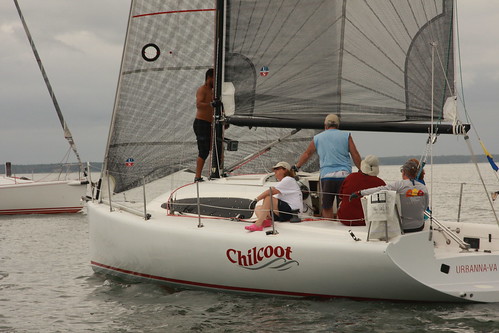 Video of the 2014 Laser Race Team by Gabriel Moran

We've rolled out some pretty cool changes to our online registration form which should make it easier to fill out the information.

To start - for events that allow Social only registration - there's a selection at the top of the form and if Social is selected, boat information is no longer required.  This eliminates the need to fill dummy boat information for social-only regitrations.

The entry fields are a lot cleaner with a small icon indicating required information.  The form is much more intuitive with much less legalese on it.  If a field is forgotten when trying to register - it's shaded red to make it easy to find.

After hitting the 'Register' button - if there …

Nearly a dozen one design boats were out on Sunday for 4 races for Flying Scots, Front Runners and Lasers.

Aerial Video of the Club

Ned Rennolds and Auris Productions were at the club the other weekend with a drone getting some aerial photos of the club and now here's the video:

On Saturday following 1030 harbor start, first gun was 1130. Races were sailed in an easterly ranging from 12+, dropping down to 6 kts. Courses were modified windward/leewards. Four races were sailed until the rain moved in and we lost the breeze, leading to an abandoned fifth race. One protest was filed and heard before dinner.

Sunday morning's breeze started at N/NW at 12kts, shifted due North and then settled back N and dropped in velocity. First gun was at 9:51am. Six races were completed …

Light winds on Saturday plagued the FBYC offshore fleet as they took part in the first of the Fall Series and only 1 race was sailed for the 17 boats in 5 fleets.

This year the 2014 Hospice Turkey Shoot Regatta at Rappahannock River Yacht Club has been moved up a weekend and quite a few FBYC boats are planning on taking part.  88 boats are already registered and range from 18' to over 45' and all of them must be of a design that is 25 or more years old.

This is an annual benefit for the local Hospice organization and FBYC's big boat racing has the weekend off - so consider heading down the Rappahannock and joining the fun.

FBYC Boats at the J/70 Worlds

Last week at the J/70 World Championship the 3 boats with FBYC sailors saw some tough conditions and some even tougher competition.  All 3 boats with FBYC members aboard sailed in the silver fleet after the qualifying round. Latane Montague on Full Monty was 14th in the Silver fleet 3 boats with FBYC ties are taking part in the first ever J/70 World Championship starting today at the New York Yacht Club.  Each of these teams had to qualify through events earlier this year and have been preparing all season to take on the 90-boat fleet.  Good luck guys!

And from the Southern Chesapeake J/70 Fleet - Ron Thompson with Len Guenther and Carrie Russell aboard.

Aerial Photos of the Club Property and Docks

After the Wolf Trap Race Ned Reynold's had his drone out and got some great photos of the club from the air.  Check them out:

What a day it turned out to be for the Wolf Trap race with winds 12-19 out of the SSW and mostly sunny skies for 16 boats taking part. The race started with a 1/2 mile beat in the mouth of the Piankatank, then a mile run down to C followed by a close reach to Milford Haven and then a beat to Wolf Trap.  The trip back was a Run followed by a broad reach with winds shifting west as boats appoached the Piankatank and switched back to close reaching before the final beat to the finish.

Nanuq put up the best overal time and won the PHRF-A fleet.  Mad Hatter had the 2nd best …

Fishing Bay Yacht Club will host the Laser Masters Atlantic Coast Championship this October.  FBYC has a 30-year history of running the Chesapeake Bay Laser Masters and plans to have an even greater bash with this event elevated to the Masters ACC. Visit the Notice of Race and Register Online before October 13 to get the early discount.  T-shirts will be available to those who register early while supplies last.

Should we have 12 or more Radials sign up by September 30th, a separate start will … 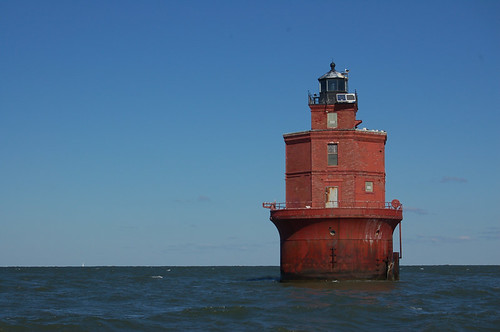 We hope you will come join us tomorrow for the annual Wolf Trap Race. The course is an approximate 24.6 nm trek down to the Wolf Trap Light and back again. Tomorrow's conditions will provide us with a beat to the light with a sleigh ride back home. This is the last race of the 2014 Offshore Distance Series.

Following the race, Bonnie Black will be providing dinner for $5 a head. The menu includes:

Sounds good don't you think? So come on out!

Fine Print: Notice of race and sailing instructions can be found here: http://www.fbyc.net/Events/2014/09.06.offshore/ssi.dtml

The FBYC Fall Opti Race Team begins practice this Saturday, September 6, and will continue through the end of November.  Come out and sail before the weather gets cold!  The program is designed specifically for busy sailors who love other sports.  Now there is no reason to miss sailing for soccer or football!  The Team practices at the club or attends regattas on most week ends.  It is a “pay to play” program, meaning families pay only for the practices and regattas in which they participate. The participants decide which to attend, and none are mandatory. The practices at the club are typically from 10 am until 4 pm, and include professional instruction on …
Tweet

The Stingray Point Regatta was capped with 3 great days of racing with the Stingray Light Distance Race on Saturday followed by buoy racing series on Saturday and Sunday.  Here are the winners along with some great photos:

Stingray Point Regatta - A View from the Bar

A terrific Social Committee, a squared away Race Committee, and Mother Nature all conspired last weekend to provide racers with an epic Stingray Point Regatta. As is often the case at FBYC, the volunteers made all the difference. This weekend Kelly Lambert and Lucy Norton made an enormous difference. From skipper packages to late night drink ticket sales, and from breakfast treats to rum-spiked ice cream, they were on point. I hope our heroic Social Chairman, Matt Lambert, buys these ladies dinner this week – ‘cause they made him look good.

How did I see this all from the bar? Easy, the skippers and crews from Corryvrecken, Nanuq, Mad Hatter, Airspeed, Afterthought, Cheeky Monkey, E.L.E., Nostalgia, and Juggernaut … 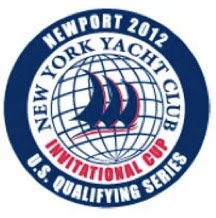 For the third straight time, FBYC will compete in the New York Yacht Club United States Qualifying Series for the Invitational Cup at Harbour Court in Newport, Rhode Island.  This event is the preeminent Corinthian Regatta for American Yacht Clubs.  FBYC's Team consists of Clark Dennison, Caroline Garrett, A.L. Braun and Scot Collins. The event will be sailed in J70s and Sonars, with preliminary rounds in both boats for half day each on Wednesday and Thursday, and a Finals in J70s for the top preliminary teams and a consolation fleet in Sonars for the others, on Friday and Saturday. For more detail see the seeding of the Blue and Red Groups for the preliminaries, Yacht Club …

While visiting Mike and Toni Massie in Nantucket and sailing the Labor Day Series in Mike's Rhodes 19, Noel Clinard attended the Annual Awards Ceremony at Nantucket Yacht Club, where he was surprised and delighted to be awarded the 2014 Vice Commodore's Trophy. He was given the award for his collateral support of the Nantucket Yacht Club's Team for the NYYC USQS during their 2012 Campaign and for his mentorship of the NYC Team for 2014, including Max Bent, Tris Worth, Spencer Verney and FBYC's Sophie Massie, during the J70 Winter Series, in which that tea trained for the USQS on Noel's J70 LOONATICTU.

Check this out - the Google Maps satelite imagry was taken while our offshore boats were getting ready to do a starting sequence just off Gwyn's Island.  Thanks to Phil Strause for pointing it out! See for yourself.