Tommy is a professional coach and sailor from Rosario, Argentina.  He began sailing at age 7 and made the Argentina National Opti Team at age 10, represented Argentina at the 2002 Opti North Americans in Bermuda, where he finished 2nd in his division, and won his division at the 2002 Argentina Opti Nationals.  Tommy has gone on to an outstanding career racing in everything from Optis to J-70s to offshore ocean racers.  A few highlights include, in Optis, 4th in his division at the 2003 South Americans, 11th overall at the 2005 South Americans, 2005 Argentina National Team Racing Champion, and 38th overall at the 2006 Opti Worlds! He was the 2009 South American Champion in Laser 4.7 and Laser Radial, and the 2012 South American and Argentina Laser Radial Champion. He has also successfully campaigned 420s and Lightnings, and was 2nd at the 2010 Lightning Youth Worlds. He was trimmer for the FBYC entry Pied Piper, skippered by FBYC junior sailor Gannon Troutman, that finished 5th in the 54 boat J-70 fleet at the 2015 Key West Race Week and 15th out of 78 boats at the J/70 World Championships. Most recently, Tommy was tactician on Pied Piper which finished in 21st at the 2016 Key West Race Week. Tommy was also tactician for 36 below racing from NZL which earned a 2nd place finish in the Chicago match cup event of the world match racing tour.

His coaching career has taken him throughout Argentina and South American, and he has served as a coach for the New Zealand Opti National Team and for the LISOT team in Newport, Rhode Island.

Tommy is completing his degree in law at the Catholic University of Argentina. 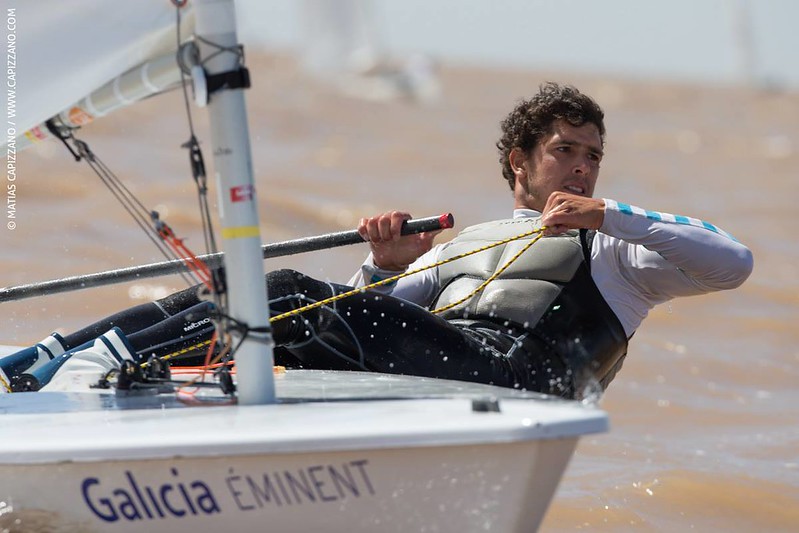 Tomas is a professional coach and international sailor from Rosario, Argentina and is returning for his second season at FBYC as coach of  the Laser Race Team. Tom is currently ranked 73rd out of 934 international qualifying Laser sailors in the world!

Tomas is also studying architecture and design, and loves to rock climb and surf!
Here is the link to a video about Tomas in Spanish: https://www.youtube.com/watch?v=ehIjKbvWV9Y 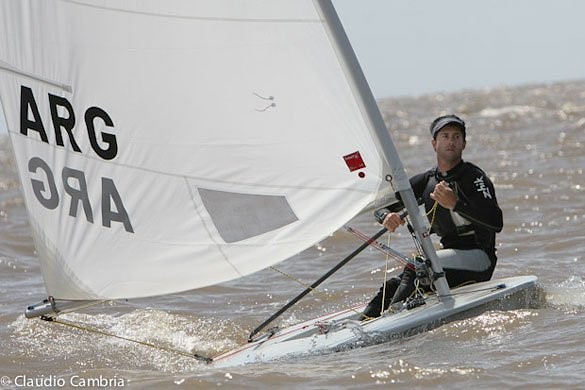 In 2014 he won the Sunfish world Championship in Arapahoe, North Carolina. He is now sailing an Olympic Campaign in the Laser class looking forward to Tokyo 2020 Olympic Games.

Claire is returning for her second season at FBYC, after having grown up in our program! She will be attending the University of Virginia School of Architecture in the fall of 2016. She is a life-long sailor, and learned to sail while cruising on her parents’ Cal 33; and began sailing at FBYC in Opti Kids at age 6. At age 9 she was a member of the inaugural season of the Opti Development Team, and never looked back! Claire raced on the Opti Development Team in 2008 and 2009, the Opti Race Team from 2010 to 2012, and the Laser Race Team from 2013 to 2014; where she was coached both years by Gabriel Moran. During her time at FBYC she has raced in major regattas from Canada to Florida, and has recorded many top finishes. She finished 2nd in the Girls' Division in the 2014 CBYRA High Points for the Laser Radial.

Claire has been recognized by FBYC with the Up and Coming Trophy in 2008, and the Becca’s Boat Trophy in 2012 and 2014 as the outstanding junior female sailor. She has also volunteered as an instructor during Junior Week, teaching beginning sailors. She has sailed extensively with her family in the British Virgin Islands, Bahamas, Leeward Islands and Grenadines, as well as on the Bay. Claire is a rising senior, plays varsity tennis and is on her varsity swim team, plays and coaches club lacrosse, and even plays the guitar and is fluent in French!

Eric is returning for his second season at FBYC, is a rising college sophomore at William & Mary and has sailed and competed at FBYC since attending FBYC’s Y-Camp at age 7! He raced for a total of 8 years on the Opti and Laser Race Teams; the last three under the tutelage of Gabriel Moran. He has also sailed extensively in High School Sailing, racing both 420s and Lasers. He won the 2014 MASSA Cressy Singlehanded Qualifier for the Laser Full Rig in New York, which qualified him for the National Finals in Bellingham, Washington, where he finished 14th. He also qualified for the finals in 2013, finishing 11th. Other noteworthy finishes in Lasers include a 3rd at the Commonwealth of Virginian Junior Championship in 2014, the Sportsmanship Award at the 2014 Chesapeake Bay Junior Olympics; and 2nd at the 2013 Virginia Governor’s Cup. He finished 7th overall in the 2014 CBYRA High Points for the Laser Radial. He was a member of the FBYC Opti Race Team that finished 2nd in the Silver Fleet in Team Racing at the 2006 USODA Nationals in Minnesota.

Eric was awarded the FBYC Robert’s Bowl in 2010, 2013 and 2014, the Junior Competition Trophy in 2006, and the Up and Coming Trophy in 2006. He has instructed during Junior Week and at FBYC’s Y-Camp for 4 years. In addition to racing competitively, he has sailed the Bay extensively with his family on their cruising boats. Eric is also a varsity tennis player and expert cellist! 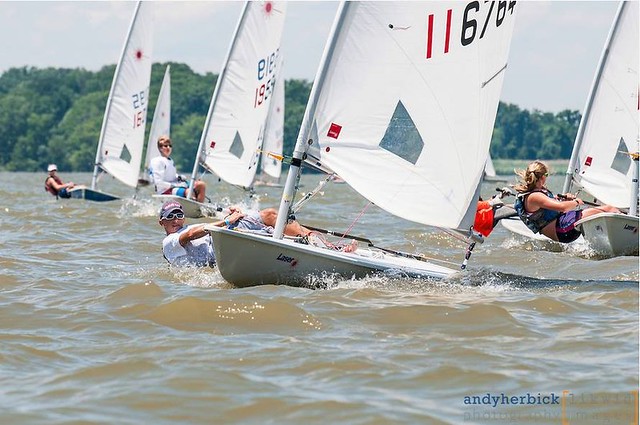 Jed is a rising freshman at Washington and Lee University. He has been a part of the FBYC Junior Week sailing program since the age of seven. Furthermore, he has been on the FBYC race team for six years. During his Opti days he received 1st place in the Bronze Fleet in the 2011 Layline Nationals that was held by FBYC. He was also named the CBYRA High Point Champion in 2011, and he placed 2nd in 2012. He was awarded The Henry F. Hutcheson Jr. Memorial Trophy and The Young Salt Trophy in 2011 as well as the Junior Competition Trophy in 2012. During his two summers racing in a Laser Radial, he placed 6th in the Silver Fleet at the 2015 Laser U.S. National Championship. Outside of sailing, Jed has played three years of varsity basketball and three years of varsity lacrosse for his high school, Collegiate School in Richmond, Virginia. He has shared his knowledge of basketball and lacrosse by coaching youth teams for the last three years. Jed will continue his lacrosse career at Washington and Lee University next fall.

Jed is a avid windsurfer and kite boarder. Before Jed begins his job at FBYC this summer, he will be interning in May at Outer Banks Kiting. Jed is excited to share his love of sailing with his novice Opti students.

Lippincott began his coaching career at FBYC! He first coached as a CIT for Beginners during Junior Week in 2008.

Lippincott grew up sailing Optis and Penguins at the Tred Avon Yacht Club in Oxford, Maryland. For two years, Lippincott was on the Chesapeake Bay Optimist Team and then, was asked to join the U.S. Optimist National Team (USNT). In 2006, at the age of 14, he traveled to Lake Garda, Italy, with Team U.S.A. and finished 196th out of 558 Optis.

Lippincott attended Salve Regina University from 2010-2014 and competed as a full-time skipper all four years in the New England Intercollegiate Sailing Association (NEISA), which is one of the most competitive districts in all of college sailing. Lippincott sailed a wide variety of boats while living in Newport, Rhode Island from just about everything including double-handed dinghies such as 420s, FJs, Tech Dinghies, Larks, Fire-Flies; to keelboats such as Colgate 26s, Ynglings, and Stars; and finally to single-handed dinghies for example, the Laser.

Following in his family’s tradition, he now campaigns a Star and has qualified to attend the 2016 Star World Championship in Miami, Florida (April 7-17, 2016). Lippincott currently coach’s at FBYC in the fall and spring, and is the Head Opti Racing Coach at TAYC in the summer months.