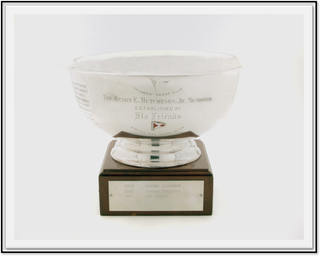 The trophy winner is the skipper with the highest standing determined by giving equal weight to Sanctioned regattas and intraclub races, as stated in the requirements and scoring formula of the Trust. The level of participation in regattas outside the Club will be a criterion in determining the trophy winner.