A Year in the Life of Carina - 6PM Hilton Garden Inn

Rives Potts presents: A Year in the life of Carina – A bluewater sailing adventure 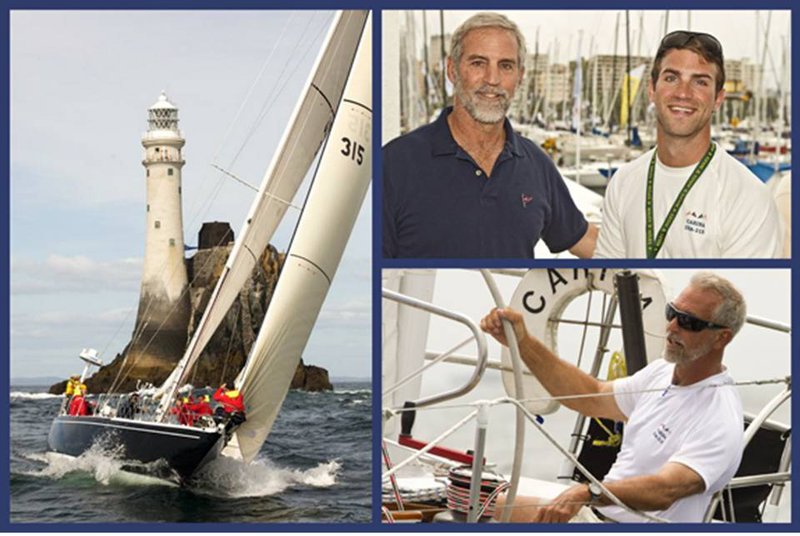 Join us to hear FBYC member Rives Potts share his adventures sailing Carina around the world last year.  Carina raced in the Annapolis Newport Race, the Transatlantic Race, the Fastnet Race and finally the Sydney Hobart - and Carina did 3 Atlantic crossings in one 12 month period.   Rives Potts is the Rear Commodore of the New York Yacht Club and was a grinder on Dennis Conner’s Freedom in a successful defense of the 1980 America’s Cup. He also sailed with Ted Turner on Tenacious in the infamous Fastnet Race of 1979 that Turner won but 15 racers on other boats died. His sailing resume is as good as it gets. Potts, raised in Richmond,Va., came of age in the sport in the 1970s and sailed on such name-brand boats as Recluta (Walter Hanson), Southern Star (Jim Mullen), Running Tide (Al Van Meter), Nirvana (Marvin Green), Condor (Bob Bell) and Kialoa (Jim Kilroy). Beyond Freedom, he has sailed in four other America’s Cups.

For the last 15 years, Potts campaigned his Carina, a 48 foot sloop design by McCurdy & Rhodes and launched in 1969 for Dick and Richard Nye. On her, Potts won the Bermuda Race in 2010 (St. David’s Lighthouse Division Trophy), the Northern Ocean Racing Trophy (NORT) that same year and the Mosbacher Trophy given to the NYYC Yachtsman of the Year.