Three of our Opti Race Team members recently accepted invitations to participate in a USODA National Developmental Team “Boot Camp” hosted by Annapolis Yacht Club, held June 7 & 8. First some background: the U.S. Opti Class is highly organized. The U.S. has a rigorous system for selecting and training sailors it sends to events around the world to compete against other nations. First, a sailor must qualify to attend “Team Trials”, which this year were held in Connecticut in May. Several FBYC team members qualified, and of the over 200 sailors racing in that event, Boyd Bragg (13) and Benton Amthor (12) did outstanding, thereby earning an invitation to the Boot Camp. Boyd qualified as a full …

Ellen McAllister, mom to Opti Development Team member Reed McAllister, put together this photo album of the team's 2013 regattas.  All the kid's contributed their own pages.  What FUN!

Good slide show about the Optinationals on Southside Sentinel at http://www.ssentinel.com/index.php/soundslides/play/opti_nationals_descend_on_deltaville/

plus links to the Sailgroove videos, like the following: July 24, 2010 (Deltaville, VA)  Since July 17, some of Americas best junior sailors, and several international sailors, have gathered in Deltaville to compete for the title of National Champion. Fishing Bay Yacht Club has been the host yacht club for the 315 sailors, their coaches, and their families. The championship regatta included Team Race Nationals, Girls Nationals, and Open Fleet Nationals. The event has been quite successful, with only a few postponements due to light air. It has been a great opportunity for young sailors to challenge themselves by competing against the very best. Open Fleet Nationals also gave new competitors some valuable experience by setting up a separate course, complete with experienced coaches, for the Green Fleet …
Tweet

300+ Optis coming back to Deltaville 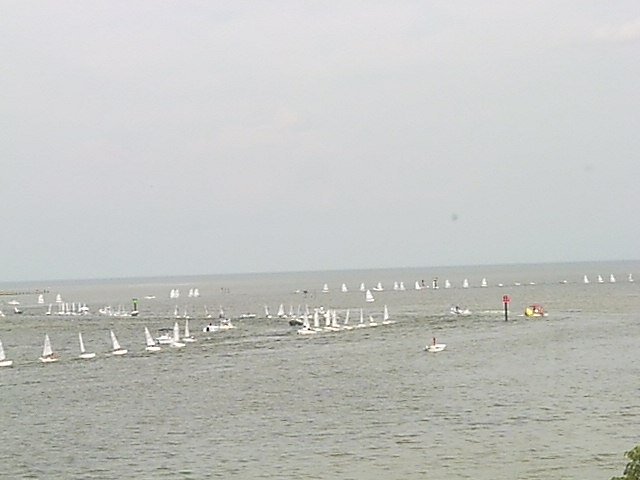 All four divisions of the Optis got in 3 races today in decent conditions. This picture is taken at 5PM today as many are returning to town.
Tweet

Congratulations to the FBYC Opti-girls! 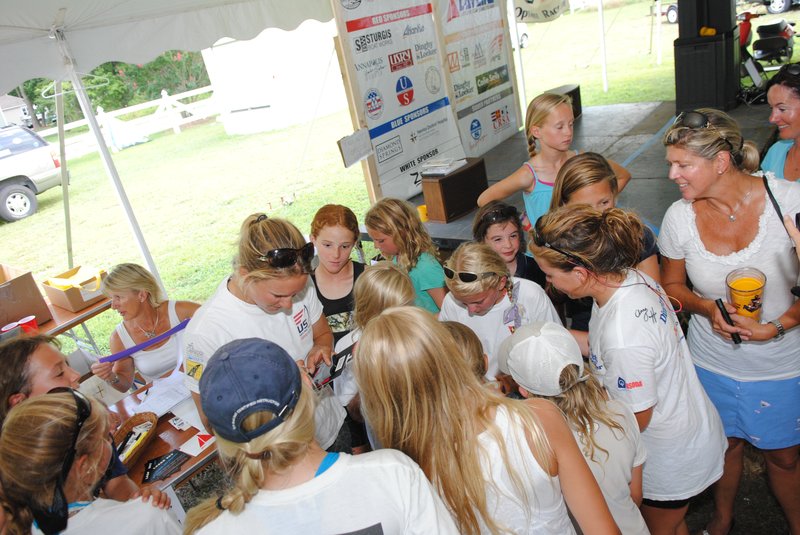 Today the 2010 Layline Nationals Girls Championship held 3 races over the trapezoid course in the mouth of the Piankitank River in light air, and the FBYC girls did great!!

Erin Jocobs got 13th overall, 5th in the blue fleet; Kendall Swenson got 21st overall, 14th in the red fleet; and Claire Lennarz got 40th overall, Hannah Steadman 43rd; all out of 80 boats.

Trophies were scheduled to be awarded by Olympic Gold Medalist Anna Tunnicliffe - pictured at left, but the girls had to settle for autographs, as trophies aren't being given out until the results are final. 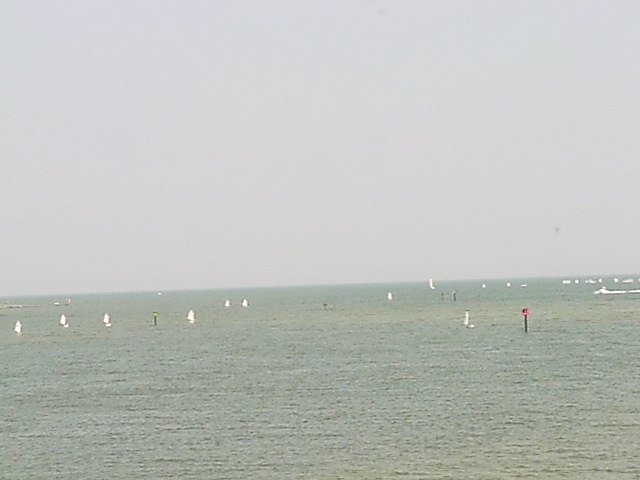 Optis Everywhere!! And the event hasn't even begin yet.
Tweet

The Jackson Creek Webcam is Live 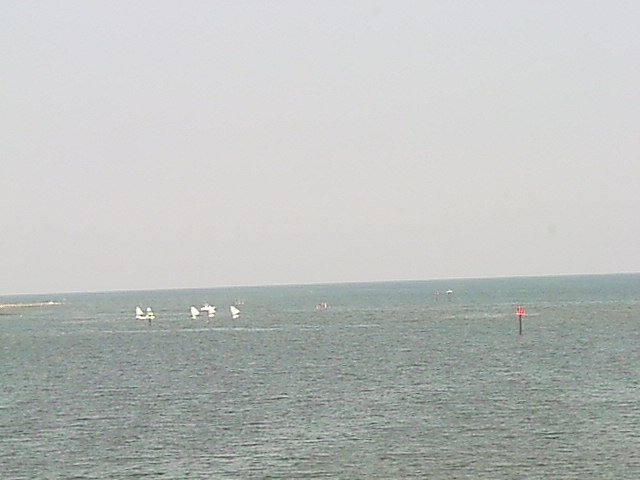 According to http://optinationals2010.org/2010/07/14/jackson-creek-webcam/ The Jackson Creek Webcam is Live! I just took the screen shot at left of a few Optis out practicing this afternoon.

And be sure to check out the webcam in the morning for some great sunrise shots. Thanks to Bob Walker for setting this up! 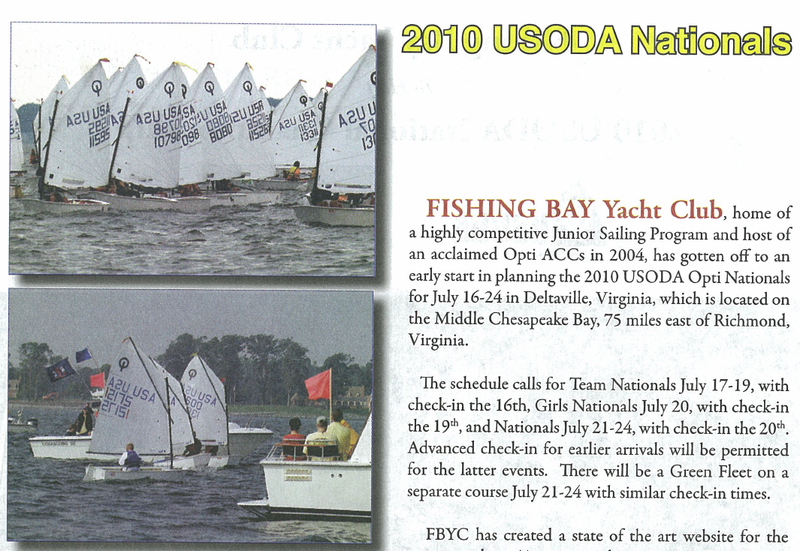 An advertisement and article regarding the USODA Opti Nationals at FBYC appeared in the February/March issue of the Optimist Class Magazine, OptiNews, attached at http://www.fbyc.net/Events/2010/07.16.junior/Optinews-Feb-Mar%202010 [5MB PDF File}.
Tweet

Fishing Bay Yacht Club, home of a highly competitive Junior Sailing Program and host of an acclaimed Opti ACCs in 2004, has gotten off to an early start in planning the 2010 USODA Opti Nationals for July 16-24 in Deltaville, Virginia, which is located on the Middle Chesapeake Bay, 75 miles east of Richmond, Virginia.

FBYC has created a state of the art website …

FBYC Juniors do well at the New England Champs 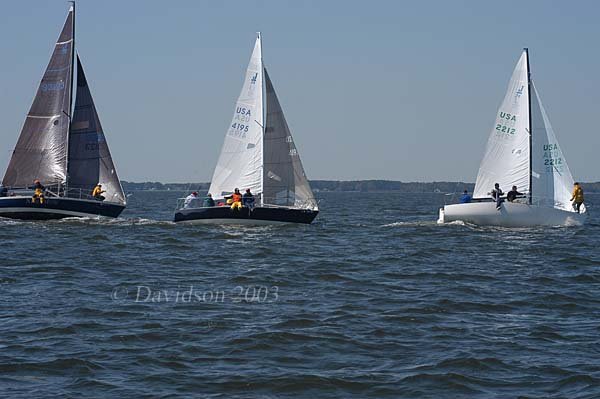 FBYC sailors did very well. Of the 458 boats, the largest one design regatta in US history, our Juniors placed overall as follows: 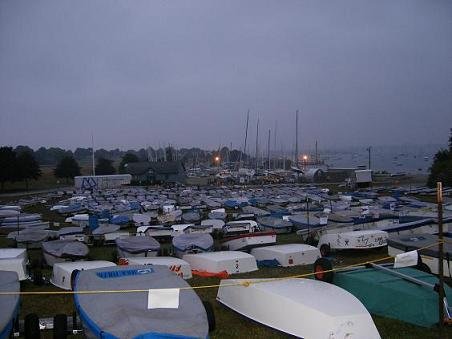 It's Official - The 2007 Optimist New England Championship is underway with the largest single class one design regatta in United States History! 462 boats!

FBYC is represented as our team is among the many boats. Some Parents are reported planning lunch at Harbour Court, the New York Yacht Club's home base in Newport. 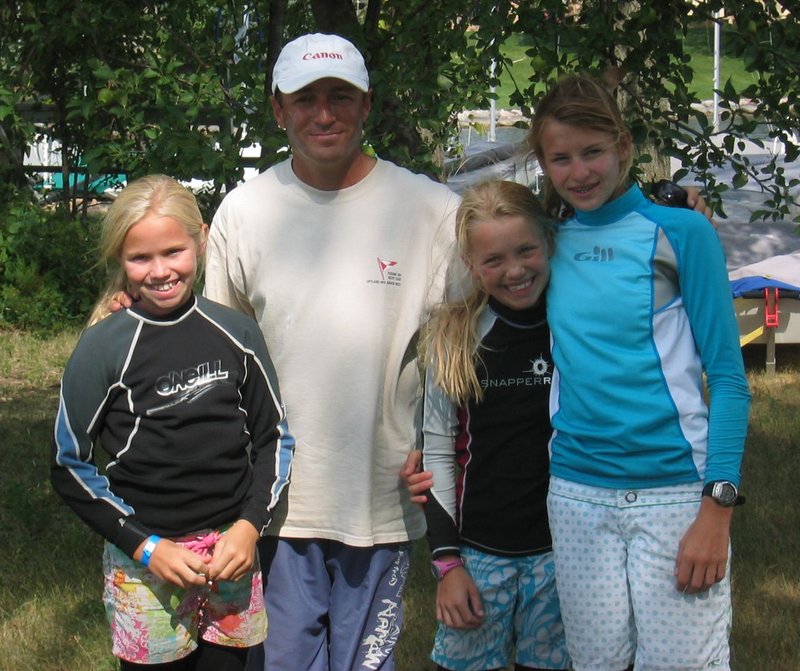 The Girls Optimist Nationals were sailed on Sunday with 90 participants who got in 4 races.

After two days of cancellations for lack of wind, the 280+ participanst in the 2007 Opti Nationals - www.2007optinationals.com - finally got in a race day yesterday with 4 races. Results are available here

The weather forcast for today shows continuing wind, so let's hope they can improve their postions before the awards ceremony this evening. 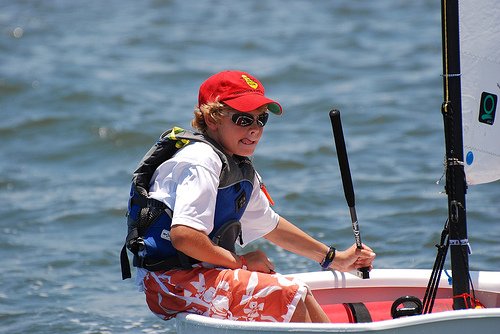 Photo courtesy of Jon Fauer. For rights to this photo: http://creativecommons.org/licenses/by-nd/2.0/deed.en-us

Alex Jacob has just returned from the North American Optimist Championship held in Nuevo Vallarta, Mexico between July 9th and the 14th. Alex competed with 191 sailors from 19 countries that qualified to sail in this event. The US team was comprised of 25 sailors selected at the US team trials held at Coral Reef Yacht Club in early May. Nuevo Vallarta is a new resort area of Puerto Vallarta featuring a large hotel and timeshare community.

The sailing conditions started daily with a light easterly coming off the land. As the noon temperatures passed 90 degrees the wind went dead …

Optimists at Annual Beat the Heat in Multiple Fleets

All the members should know that I have received numerous thank you notes and compliments for last weekend's event. The notes really need to be shared with the membership as they reflect the good work by many, many people over a long period of time.

Many of the notes and comments are listed below. Others may add comments by clicking Reply at the bottom of Read More.

From the president of USODA - whose wife came with a child

On behalf of the USODA, I want to take this opportunity to thank you, the Flag, and all of the volunteer members of Fishing Bay YC for producing a fine USODA Championship.

Colette was very impressed by the registration staff when …