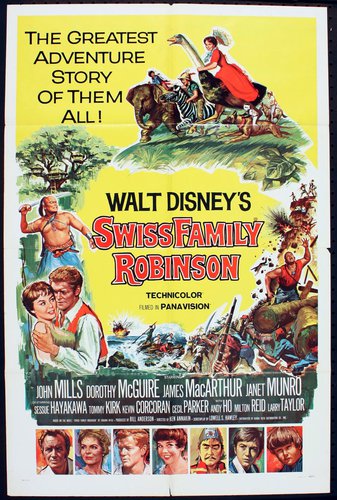 This Friday evening at 8:30pm is a much anticipated movie night at the club. The YAM's will be airing the timeless classic "Swiss Family Robinson," a story first published in 1812 by Johann David Wyss and later edited and illustrated by his two Swiss sons.  The movie was later released in 1960 met with wonderful reception by sailors, adventurers, children and adults alike. Come on out and enjoy the film with us...popcorn machine fires up at 8:15, and the film airs at 8:30!