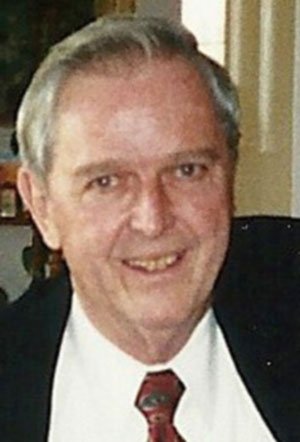 Walter S. Boone, Jr., of Stove Point in Deltaville, passed away on February 18 in Naples, Florida. He was predeceased by his first wife, Rose King Boone, in 1996. He is survived by his wife, Mary Lou; his children, Walter S. Boone, III and wife Caroline, Jamie Wrenn and husband Kevin, and Jennifer Schmitt and husband Mark; stepson, Fred Folson and wife Traci; and eight grandchildren.

Calling all FBYC artists and craftsmen...

The Leukemia & Lymphoma Society is once again holding its annual Art on Fishing Bay Show and Sale on Friday, June 3, 2011 from 6-9 PM at the FBYC clubhouse and, as usual, we want to spotlight our talented FBYC member artists at this event. Unfortunately, space is limited which may mean that we will be unable to accept all who have an interest in exhibiting, but FBYC participants will be given preferential treatment for available space . Please let us know if you would like to participate as soon as possible so that we may confirm a list of exhibitors hopefully by the end of March. The only cost to exhibitors is the donation of one of their works for …
Tweet

Its that time again. Join us on the Eve of Spring for our annual Spring Clean-up Day. We will gather in main Clubhouse for coffee and refreshments at 8:30 a.m. Lunch will be provided after clean-up.

On the agenda will be mulching, pruning, planting and raking. Registration can be made at www.fbyc.net . Or you can contact Ken Odell by email at Ken Odell or cell 804-241-6080 if you plan to volunteer.

When we started the new Fishing Bay Yacht Club web site around 2001, Mark Wensell, a FBYC member had just founded bayMountain, a new data center in Richmond. Mark offered to help us out by hosting the site and also did the initial set up of the computer, the software, and the database that even today still runs the site.

His company's recent growth was highlighted in a recent article in the Richmond Times Dispatch. See http://www2.timesdispatch.com/business/2011/feb/15/tdbiz01-peak-10-expands-data-center-in-henrico-ar-843293/

All that digital information that moves through cyberspace has to live somewhere.

The Peak 10 Inc. data center in Henrico County is one of those places.

Fueled by demand from businesses that need someone …

PHRF last fall adapted a new dual rating system where a boat can have a different Spin and Non-spin (NS) rating. The wording of the rule change was very clear for boats that requested a non-spinnaker rating or provided no spinnaker data that they would be eligible only to race in Non-spin classes. For boats providing spinnaker data and requesting both Sin and Non-spin ratings they would receive two ratings and could compete in Spin classes with the Spin rating and in Non-spin classes with the Non-spin rating. Unfortunately the rule change was silent concerning could a boat with a only a Spin rating compete in a Non-spin class at that rating and simply not use her spinnaker as has …
Tweet

Registration deadline is Friday to join fellow members on February 26 for Island Mania at the home of George and Lyons Burke. Facebook is all abuzz with tantalizing snippets of the featured food and drink specials. You don't want to miss this special evening!

DUE TO GREAT RESPONSE, REGISTRATION IS NOW CLOSED FOR SAFETY--AT-SEA SEMINAR BECAUSE WE HAVE REACHED CAPACITY FOR THE ROOM.

In 2007, the Virginia General Assembly enacted a law to establish a boating safety education compliance requirement. The operators of any vessel with 10 horsepower or greater will be required to have a boating safety education course completion card on board when operating the vessel. This requirement will be phased in by age through 2016 when everyone must comply. This will include committee boat and chase boats operators as well as any auxiliary powered sailboat operator.

The FBYC Store is offering the ideal gift for the sailor or mate whose heart needs warming. In stock are Mens' and Ladies' Full Zip Fleeces, embroidered with the FBYC Burgee in a variety of colors including Red, Grey, Navy, Black, White, Pink, Light Blue, and Sand, generally in sizes S to 2XL. But, for your special Valentine's Day Fleece, you may prefer a Red or Burgundy in Men's, or a Pink, Light Blue or White in Ladies. The Fleece inventory is here in Richmond for pickup at Noel Clinard's home in the West End off Three Chopt, just north of Grove. Call or email Noel to arrange pick-up. Board Members may palce orders for delivery to …
Tweet

Save the Date for the Bermuda High Party!

Save the Date! The 2011 Bermuda High Party will take you to tropical paradise!

February slush getting you down? Want to escape to the islands but the airfare has you shaking your head? Then the Bermuda High party is for you! Wander through the islands, sipping signature drinks and nibbling on island flavors. Unwind with friends as you dream of the summer sailing season. The only thing missing will be the sand between your toes . . .

Bring your passport for a trip to paradise!