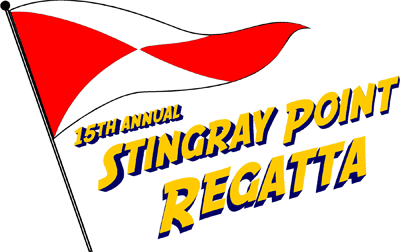 Dinner tickets are limited and may not be available at the door. Please buy your dinner and breakfast tickets in advance.

Come join the premier regatta on the middle Chesapeake Bay!

For more information and … On Friday August 14th, the night before the Annual One Design Regatta, the Opti Development Team, and the Opti and Laser Race Teams celebrated a successful season during the Race Team Awards Dinner.

Each of the three teams gave gifts to respective coaches, coaches gave certificates and made comments about progress made by each sailor. Jay Buhl thanked parents for their dedication and awarded Dale Alderman with the Mother Duck Award for taking such good care of our kids. Jay also thanked coaches and made a few announcements about the 2010 program.

# 456 SOUTHERN BAY RACING NEWS YOU CAN USE

Watch Out - Summer  is trying to slip away.  Go racing now!!
FBYC 70th ANNUAL ONE-DESIGN REGATTA  - It was a big weekend for small boat one-design racing on the Rappahannock River this past weekend.  An assortment of 56 Albacores, Flying Scots, Frontrunners, Mobjacks, Typhoons and San Juan 21s showed up to race in this 70  year old event.  Even though Saturday, like just about everywhere south of the Virginia-Maryland border, proved to be a challenge weather-wise on the Rapp,  the fleets got in 5 or 6 races and competition in each fleet was hot and heavy.  For a detailed report of each of the fleets, please check out the Fishing Bay Yacht Club website at www.fbyc.net …
Tweet

# 455 SOUTHERN BAY RACING NEWS YOU CAN USE

Staying close by  home for LABOR DAY WEEKEND?  Here a couple of special southern Bay options that will help balance budgets as well as family end-of-summer demands.  Both events have been around for awhile:
15th ANNUAL STINGRAY POINT REGATTA - Saturday, September 5 and Sunday, September 6):  Since its beginning 15 years ago, the Stingray Point Regatta has been near and dear in southern Bay racers' hearts.  The unique setting at Fishing Bay Yacht Club, the special attention to pre-and post-race social activities, and two-days (Saturday and Sunday) of good, round-the-buoys racing guarantees a great weekend.  And, organizers have left Monday, the actual holiday, open for a return delivery home.    Stingray Point offers starts for all PHRF classes …
Tweet

No results yet from the Radial Class where most of our Juniors are sailing. The Ephraim Yacht Club, Ephraim WI, is hosting the Flying Scot NACs August 1-7, 2009 and they have a pretty good event web site located at http://www.eyc.org/fsnac/.

Results for the Qualifying Series is already posted - as are a raft of pictures on Flickr at http://www.flickr.com/photos/ephraimyachtclub/collections/72157621921345932/.

It is also interesting that they, like us in 2007, prepared a On Line Powerpoint Presentation promoting the event. 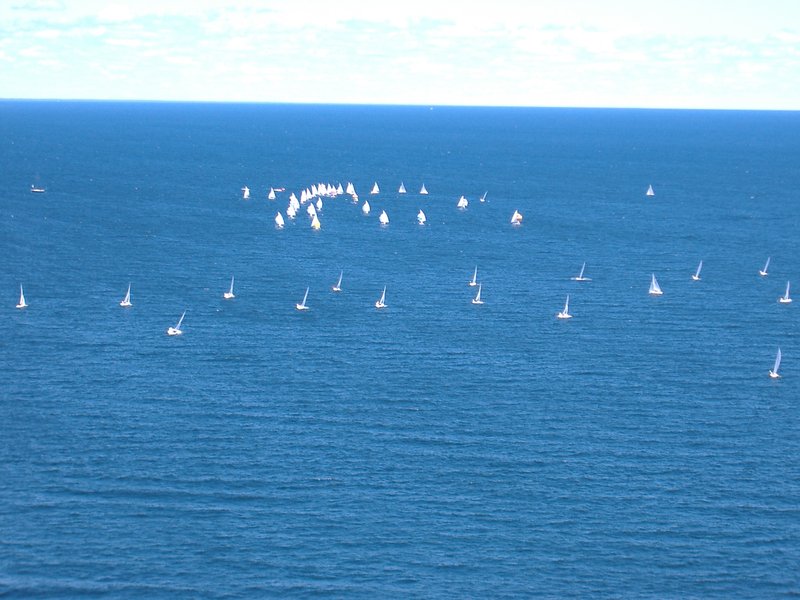 A helicopter shot of the two fleets. The start of the second fleet with first starters out front.

It may not look it from up here but it is blowing 18 to 24 down there. Had 5 boats capsize this one race.

Millers are leading the FBYC team. But it all starts a new tomorrow. Beautiful place.

FBYC Juniors and a few brave adults raced this past weekend in Hyannis, results are below.

Opti Race Team is now in Newport preparing for New England’s, over 350 Optis are currently registered.

Laser Race Team is en route to Brandt Beach preparing for Laser/Radial Nationals…over 100 boats are currently registered in each of the two fleets.

Alain Vincey called in today and was so excited he could hardly stop speaking. Bottom line, he reported that the FBYC Junior Racing team had "swept" the racing at the Hyannis Yacht Club's Regatta for One-Design and PHRF classes. http://www.hyannisyachtclub.org Quoting HYC "This is the premier regatta on Cape Cod drawing boats from as far west as Chicago, as far south as Annapolis, and as far north as Canada." Perhaps HYC should have added "as far south as Deltaville, VA"

Results are posted at here.

In the Laser Radial - FBYC sailors got 2, 7, 11 and 12 (being Kyle Swenson, Ben Buhl, Madeleine Alderman, and Austin Powers) but I am told the contestants included adults, so …