This Saturday, April 30th at 2PM on Fanny’s Back Porch, a beginners’ Race Committee Training class will be held.  We’re using US Sailing’s, ‘Join the Race Committee Team’ pamphlet as a guide, supplemented by the other material that the club has put together over the years.  The goal is to provide enough information and handouts so that members and others who participate, understand and can fulfill each RC function before, during and after an event – with zero stress.  It’s a two-hour functional class covering each RC position and how each role fits into the overall race management objective.

The Flying Scot Introduction program scheduled for Saturday, April 30 has been cancelled.  We hope to be able to reschedule this later this year.

2015 was a fantastic year for FBYC’s Laser sailors on the international stage! The North American Laser Association recently published their final 2015 Grand Prix standings in the Laser Sailor magazine. The standings are based on cumulative finishes at major North American events, including the Laser Atlantic Coast Championship, North Americans, and United States and Canadian Nationals. Jon Deutsch finished 26th in the Standard Class, out of 254 qualifying boats; Alexander Hanna finished 37th in the Radial Class out of 245 (Alexander won the 2015 ACCs, sailed at FBYC); and Jackson Montague finished 7th in the 4.7 Class out of 15 qualifying! Congratulations to all!

Pied Piper was second overall in the J70 Fleet with 21 points, barely losing a tie-breaker with the 2015 CRW repeat winner and World Champion Julian Fernades Neckelman aboard Flojito de Cooperando, also with 21 points, finishing the last race Second and Third, tipping the tie-breaker to Fernandes.

Because of the fleet size, the J70s were divided into 4 fleets, and sailed a round robin, as in an Opti Championship Fleet. So the 18 Races scored are actually 9 …

Check out the Pied Piper team leading the J/70 class at Charleston Race Week after the first day.  Here is skipper Gannon Troutman being interviewed:

Jackson Creek Shoaling Between Green 7 and 9

Everyone using Jackson Creek should be aware that significant shoaling continued between #7 & 9 over the winter.

Paul Almany has provided this depth contour which shows a 5ft MLW section before you approach #9 when entering Jackson Creek.  The picture shows his color chart countour overlayed on the 2014 Army Corps of Engineers depth survey chart.  From the chart looks like we will need to run a curve with the greatest distance away from #9 occurring about 200ft before and about 150 to the north.

Thanks to Paul and his slick Depth Plotter.

Reception for the FBYC Exhibit at the Deltaville Maritime Museum Saturday, May 28, 6 – 8 pm

FBYC will sponsor a celebration on the Saturday evening of Memorial Day Weekend at the Deltaville Maritime Museum (DMM) to inaugurate the recently installed permanent exhibit at the Museum honoring our Club’s proud history in the community since 1939.The reception will include beverages and heavy hors d’oeuvres to delight the palate. The event - https://www.fbyc.net/Events/2016/05.28.social/ssi.dtml  is open to all members upon reservation.

FBYC will use this event to express its gratitude to the DMM for the prominence it has given our Club in their new exhibition hall. Cost to attend is $15/adult with juniors admitted free. $10 of each admission ticket will be donated to the Deltaville …

Despite the weather and cancelation of sailing activities - our Blessing of the Fleet was a big success.  Here are some of the photos. 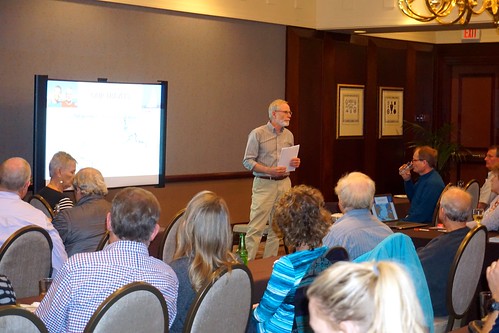 67 people were in attendance at the Blue Water Cruising Event held at the Omni Hotel in Richmond on March 30th.  Experienced off-shore sailers, Rob and Andi Overton gave a well documented account of their trials and tribulations of their 15 years at sea. They offered helpful tips and antidotes of their adventures around the world upon their 50ft yacht, the Akka.  It was an informative and entertaining presentation enjoyed by all.

Please let Greg and Kathy Ullmann if you have any suggestions for future speaker presentations!

Thank you to all who attended and participated in this event!

The PRO for tomorrows race has determined, and I completely agree, that it would be unsafe to race tomorrow.
We have 2 problems with the conditions for racing.

First is the bad weather, which most models have predicted winds close to 30 MPH with higher gusts- rain squalls- temps around 45.

Second Mr Roberts is not fully commissioned (due to launch this AM).

The Opening Day Blessing of the Fleet and Party will both be inside the Club House.  Both training sessions on Sunday are also cancelled.

Safety is our first concern,

Did you know that there are two ways to kick off the sailing season? The first, of course, is to go sailing! The second (but not by much) is to sign up for an Opening Day volunteer shift. We need help with guest check-in, bar shifts, and clean up crew.
Are you new to the club or just want to meet more people? Sign up for a shift and mingle all night. What better way to get people to come to you? Want to build the intimidation factor with a friendly show of force? Then get your sailing team together with their team gear and work a shift or two - show everyone that you mean business this year!
To …
Tweet