An extra edition of Scuttlebutt today reported on the tragedy at the Southern Yacht Club in New Orleans. We join all friends of sailing by putting them in our thoughts and prayers

The recent landing of Hurricane Katrina along the Gulf Coast of the United States is appearing to be a significant tragedy, with the ripple effect likely to extend throughout North America. To those directly touched by this catastrophe, we here at Scuttlebutt wish you strength and determination as you seek to recover. - The Curmudgeon

For a good aerial picture of where the club is Go to Google Map. The 17th street levee break on Lake Pontchartrain was just SW of the club and its harbor.

Daniel Bagbey and Cori Radtke raced August 23-24 in the Midget Regatta at Bellport Yacht Club on Long Island. This was a major adventure for these two young sailors who had put in as much time in practice as any of the FBYC racing team. Daniel and Cori were accompanied by Arel English, the club 420 coach, whose was thanked for his efforts in an e-mail from Daniel's father, Robert Bagbey, who is presently serving with his USN reserve unit in Baghdad. We wish Robert a safe return home next February.
Tweet

#263 SOUTHERN BAY RACING NEWS YOU CAN USE

66th Annual Regatta Survey to shut down on Wednesday

For the last week or so we have had a link to Take Survey Here on the top of the web page. So far we have had 46 responses, which is excellent. We encourage anyone who has not yet responded to take the survey soon before we close it down on Wednesday August 30.

It is easy to take and the information gained should be helpful to us as we try to run events that people enjoy. Thanks very much. 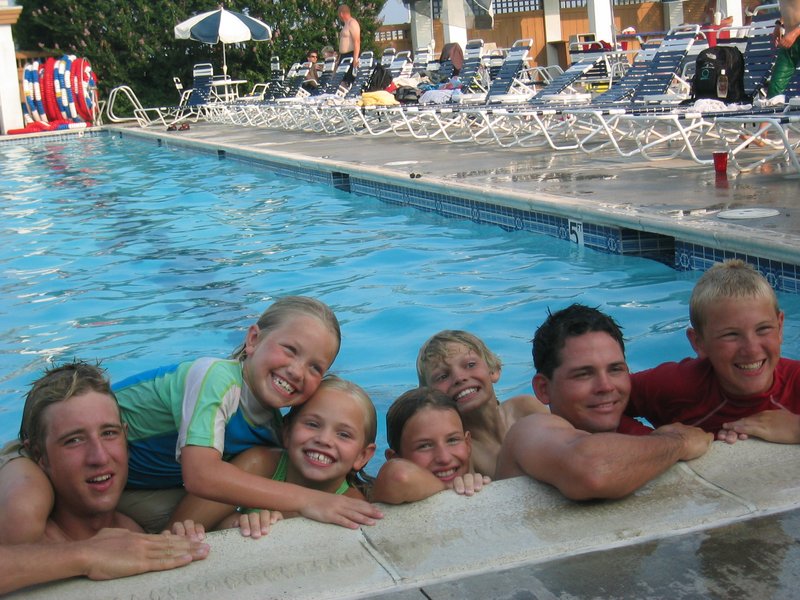 FBYCs Juniors excelled at the 2005 Optimist National Championship held July 25-29 at the Norfolk Yacht & Country Club. Three of four who sailed in the Championship Fleets (Red, Blue and White) qualified for the Optimist National Team Trials to be held in New York the first week of May 2006, by finishing above 230 out of 317 boats, some well above that mark.

Those who qualified for the Team Trials were Madeleine Alderman, age 12, who finished 64 for the week Overall; Kyle Swenson, age 12, finishing 117, and Alex Jacob, age 11, finishing 120.

Austin Powers, age 10, just missed the team trial cut by only four places with an overall place of 234 in the 317 … 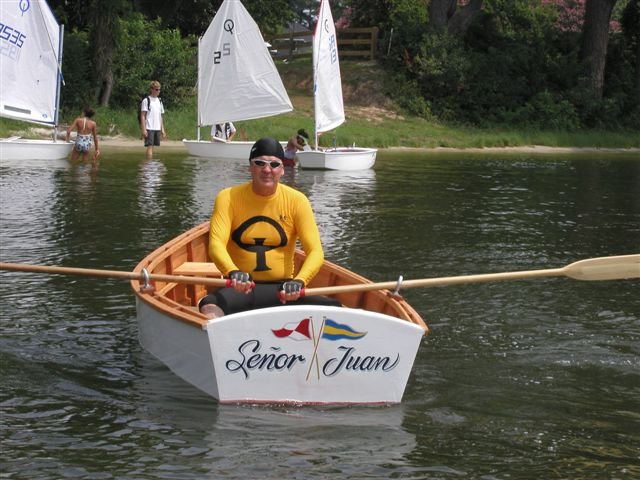 Over a dozen FBYC Juniors braved the heat index over 100 degrees on Sunday, August 21, 2005, to attend the 2nd Annual Dog Days Regatta, an event planned to "make sailing more fun." Under supervision of a costumed Canine PRO, dog masked Juniors sailed several unique races held in light air, including "Fetch" in which Juniors retrieved thrown retriever trainer toys, "Milkbone Mark" in which they removed a Dog Milkbone taped to the "Barkward Mark" and crossed the finish line with the treat in their teeth, "Pick Up Dog Toys" in which each contestant sailed to a thrown dog toy; "Catch" in which they sailed in pairs throwing the Frisbee, and other events. In view of heat and light air …
Tweet

#262 SOUTHERN BAY RACING NEWS YOU CAN USE

Racing Rules Quiz:   Is it necessary for the Race Committee to notify the boats of a shortened  course as they round the mark beginning what will be the final leg?   (Answer is at end of this issue.)
2005 Mobjack National Champions are Trey Smith and crew Jordan Wintringham, both of Virginia Beach.  This is the 4th National Championship title for Trey and the third with Jordan as crew; their string of finishes was 3-4-1 [6] 4-1-4.  The pair beat the 2nd place finishers, Joe  and Tracy Kubinec, by 3 points and defending champions, Jim Rice and Pete Wallio by 8 points.  Fifteen Mobjack teams raced in the 46th National Championship Regatta. The event was hosted by Ware River …
Tweet

We had a pretty good turnout for the 24 Hour Cruise on July 23/24. The following boats joined the raft in Cobbs Creek:

We left FBYC around 2:30pm, sailed our way up the Piankatank and arrived around 5 PM for cocktails and shared appetizers. We ate our meals and made the cockpit rounds. The kids had fun in the dinghies while exploring and engaging in water battles.

Just before sunset, we broke …

Optimists at Annual Beat the Heat in Multiple Fleets

Fishing Bay Yacht Club¹s 66th Annual Regatta was sailed August 13-14 by 80 boats in 8 fleets at the regatta, competing in the beautiful but challenging and shifty conditions. The competition was fierce and the race committee did an excellent job getting off five to eight races during the weekend. On Saturday, what started out as a tease of nice wind during registration quickly died out as the sailors made their way to the course for the first warning signal. After a 2 hour postponement the wind slowly built and by days end it was blowing hard. Before returning to dock, 4 races were completed in a range of conditions in the late afternoon. In the second two races …
Tweet

Get Your Points For Smith Point

Make sure you get your points in the Long Distance Series in this weekend's Smith Point Race. This is the fourth race in the five race series that will end with the Wolf Trap race in September. Start time is at 1400 on Saturday with the time limit set for the same time Sunday. This is a great chance to trade the daytime heat for the cool light of a full Chesapeake moon. A Brunch will be served at the main clubhouse afterwards at 1100.
Tweet

#261 SOUTHERN BAY RACING NEWS YOU CAN USE

All the news that's fit to print

A long time club member once told me that most Middlesex County residents believe Christchurch School is the center of the sailing universe. Not any more, times are changing. Fishing Bay YC got not one but two mentions in the 11 August issue of the Southside Sentinel.

The first, about the club's program to introduce county youth to the joys of sailing, the second to announce the 66th Annual One Design Regatta that finished yesterday. Readers will be able to find more information on subsequent web postings and later in the Log. For those not addicted or afflicted with latter day communication tools the Log or the Southside Sentinel will have to suffice.

The rest of you stay tuned …

Annual Regatta Registration Desk opens at 8AM, LUAU is at 6PM 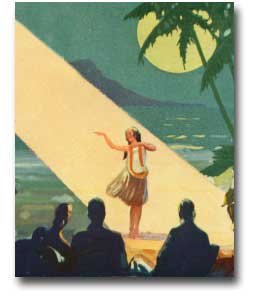 We have turned off the on-line registration for the 66th Annual Regatta this weekend because the people managing the event need to print out the registration information as they are headed to the River this morning to get things ready. The Registration desk opens at 8AM on Saturday morning and Deborah Usry will be there ready to hand registered participants their packets and to receive entries from those who are, well, late.

Last night at the monthly FBYC Trustees meeting, the Social Committee Chair reported that the preparations for the LUAU are proceeding well. The party will be slightly different from the usual FBYC dinner, and it sounds very exciting. Put on your best Hawaiian Outfits and get ready!

After enjoying several consecutive years of 15-20 knot breezes for the annual Cruise Regatta, this year's fleet stared the 13.8 nautical mile course in the face thru an absolute calm; initially, the staggered start resulted in more staggering than starting, and with boats drifting together, fenders became more important than sails or skills. Winds remained light thru most of the afternoon, causing cancellation of the race prior to its completion, and allowing the cruisers to get an early start on evening cocktails and appetizers. The cruising Division thanks Brooks Zerkel and Mike Dale, race chairmen, for their excellent management of this race. MR ROBERTS' presence at the starting line was a welcomed milestone for this event, giving the …
Tweet

August 9th The Long Pond Open on Cape Cod was sailed in a fleet of matched one-design laser dinghies. The competitors represented three nations and two continents with ages ranging from very young to very old.

FBYC was well represented in all categories by laser cult leader, Alain "Buddy Boy" Vincey and his long time Cato, Will Crump, Danish match racer Marie "Sail your own dinghy" Crump and the past College of Charleston Sailing Team Captain, Blake "collar up" Kimbrough.

Outsider Thomas Klok found it difficult to compete with allegations of FBYC team racing and said "my experience has been to never compete with a team lead by the french - this event just proves me right!"

In a round robin …

Kelly O'Toole sent in this picture taken of our Junior Racing Team at the Miles River Regatta. Click Read More to see the picture. 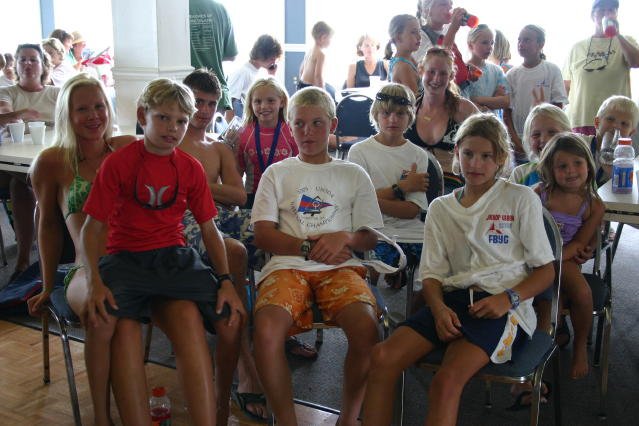 ALOHA!   All Fishing Bay Members and Guests Please join the One-Design Division for a LUAU

(Beverage/ID bracelet must be purchased for an additional $5)

#260 SOUTHERN BAY RACING NEWS YOU CAN USE

The team of Jan Monnier and Nica Waters returned to race course yesterday for a successful defense of their title in the Second Annual Womens's 420 Regatta.

With much needed assistance and instruction from Alex O'Toole the competitors worked together to get three boats rigged and ready to go. Three teams: Jan and Nica, Kelly and Alex O'Toole, and June Hazlehurst and me - left the beach in a nice 7-10 knot breeze for this exiting event.

Race committee PRO Ric Bauer was ably assisted by flag man Jim Gillespie. In accordance with our instructions, the first windward/leeward race started promptly at noonish. The signals went off without a hitch in spite of distractions associated with bailing …

Our very own Debbie Peterson Cycotte was featured in the latest issue of Scot N' Water - the Flying Scot official newsletter. Debbie was held up by Capitol District Governor Hans Noordanus as an example for Fleet Captains to follow.

Our very own Debbie Peterson Cycotte was featured in the latest issue of Scot N' Water - the Flying Scot official newsletter. Debbie was held up by Capitol District Governor Hans Noordanus as an example for Fleet Captains to follow.

I won't reprint the entire article here -- you'll have to ask a Flying Scot Sailing Association member for a copy -- but here are some of the highlights... Juan took a few pretty good pictures of our FBYC Racing team at Fishing Bay before they departed for the Opti Nationals at Norfolk Yacht and Country Club.

They are available on Flicker at http://www.flickr.com/photos/fbyc/sets/674671/show/.

Point to Point Race Dampend but not Dumped

This weekend's Point to Point Race was nearly washed out by stormy skies and light winds on Saturday but many racers persevered to return for a 19.5 mile pursuit race on Sunday. The race's original iternerary which included a dinner and social at Reedville was abandoned due to the weather but most skippers and crews had a great time nonetheless at an impromptu social and dinner Saturday evening at the clubhouse. Star gastronomic delights included steamed crabs, roast turkey and a plethora of pastas. Sunday's race was held in a 10-15 knot northeaster in somewhat lumpy seas off Stingray Point. A surprise leg into Fishing Bay near the finish rounded out the test for each crew …
Tweet